After 70 years apart, childhood friends reunite in a nursing home. Nora and Eileen had assumed they would never see each other again. Instead, they happened to be in the same nursing home at the same time and were able to rekindle their beautiful friendship.

Many best friends hope to spend their golden years together.

But it happened to Nora Boardman and Eileen Gill.
Even after spending 70 years apart. And it came as a complete surprise to both of them.

Boardman and Gill had been childhood best friends who hadn’t seen each other in decades until they found themselves in the same nursing home.

Gill was surprised to see a familiar face when she moved to Crispin Court Care Home in Stafford, West Midlands.
Boardman, an old school friend, called. The women were overjoyed to see each other and confirmed their identities. 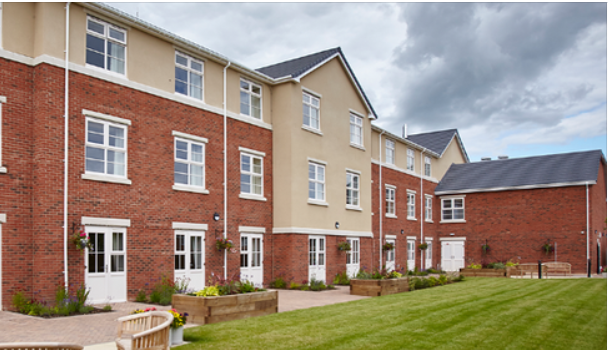 “And she asks if you’re Nora Keelan?” Boardman reflects.

“Because I didn’t recognize her,” Gill explained. “And I replied, ‘Yeah.'”

The women said they were overjoyed to be back together and that they didn’t miss a beat.

“I never thought I’d see Eileen again after we split up as kids, so it was wonderful to see her.” I couldn’t believe she was moving into the same nursing home as me and that we’d be seeing each other every day. “I feel fortunate to have my best friend back in my life; nothing has changed,” Boardman told DailyMail.

Both women grew up in Eccleshall, Staffordshire, in the West Midlands, until Gill moved 20 miles away to Brewood when she was 12 years old.

After that, the friends lost contact.
They now live just a few doors apart and try to eat dinner together every night. 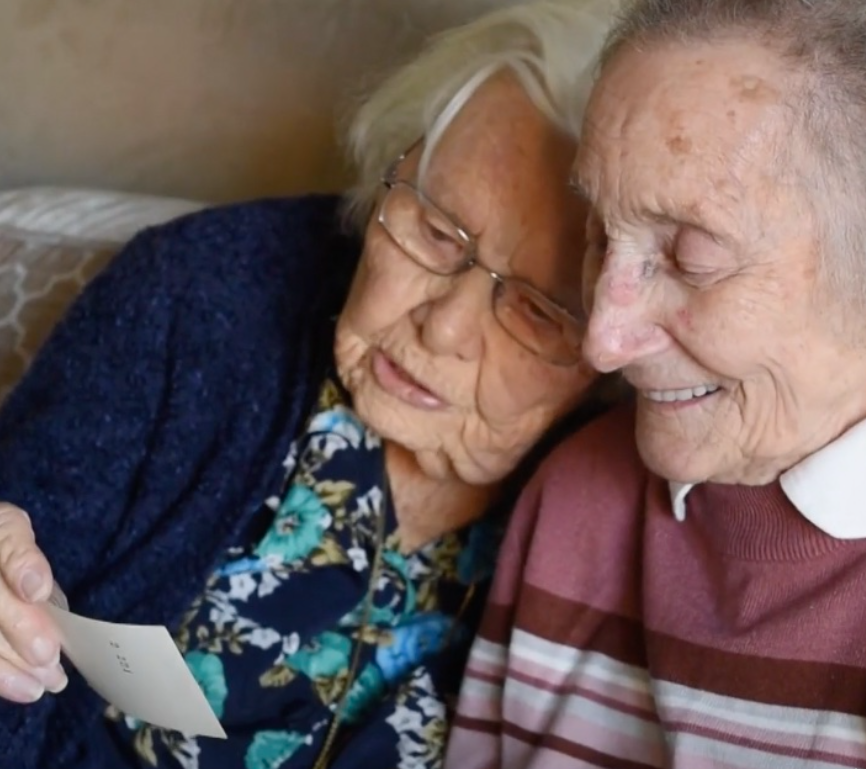 “We make an effort to spend a lot of time together; if we don’t see each other much during the day, we always have dinner together.” “Eileen will come behind me and touch my arm to let me know she’s there,” explained Boardman.

Their husbands have both died. As a result, Gill makes it a point to include Boardman in her family’s activities.
“They’ve all been extremely nice to me; I feel like an extended member of their family.” “I couldn’t be happier that we’re finally reunited and can reminisce on old memories while making new ones,” said Boardman. 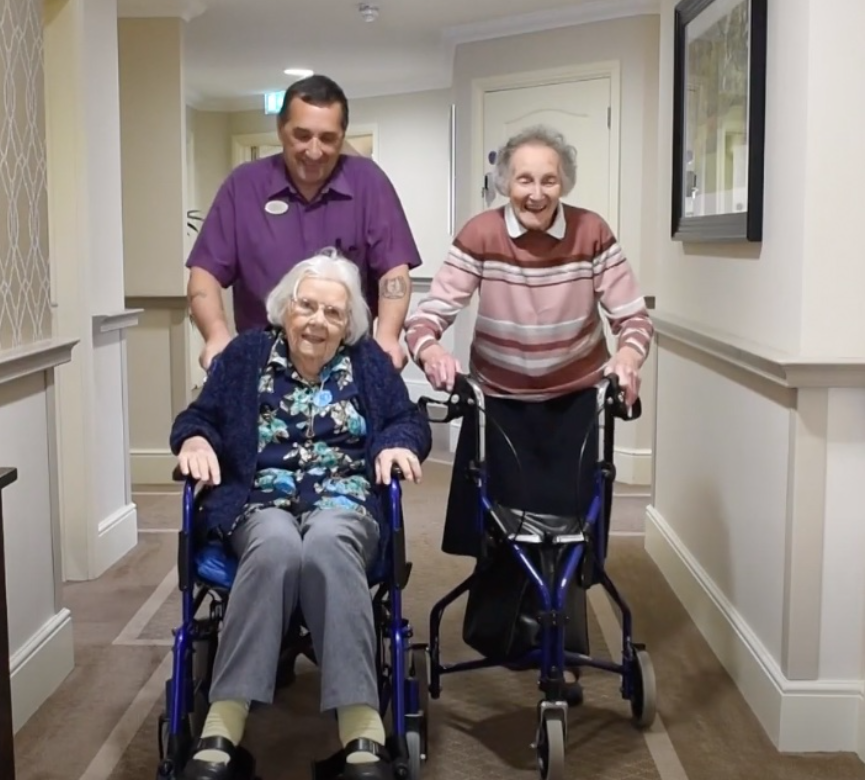 While the two women see themselves as being together in the near future, they still promised that they will keep in touch if one of them ends up moving out of the facility.

In the meantime, they are having the time of their lives reconnecting just like old times. 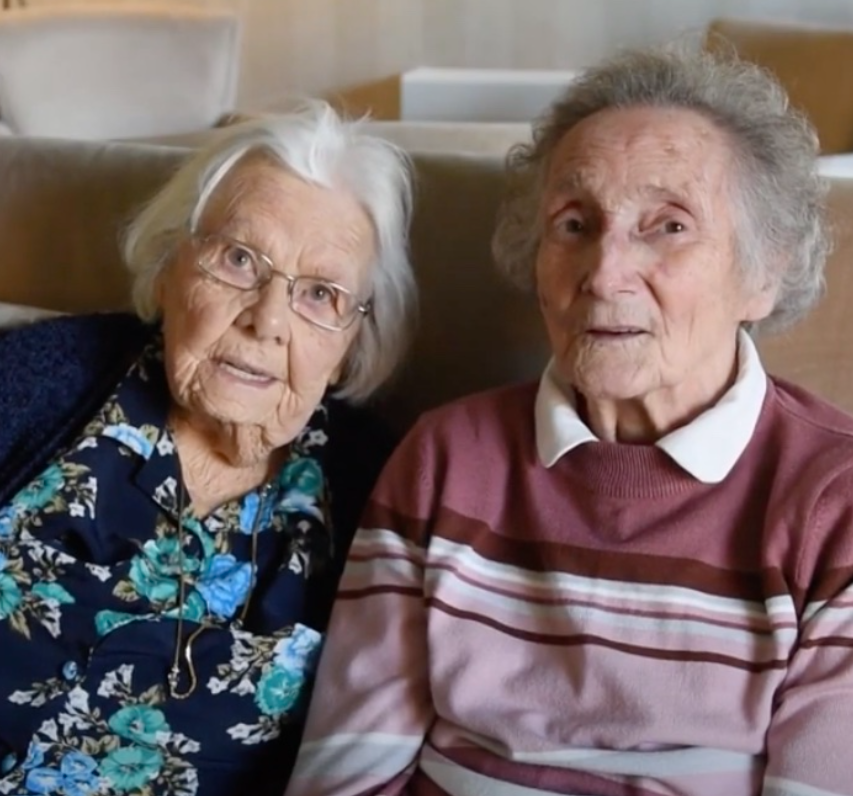 “I’m not sure what’s going to happen next but one thing I can say is that it’s the happiest I’ve been in months. I’ve been happy here since day one,” said Gill.

Learn more about this precious friendship in the video below!