Annegret Raunig, a Berlin teacher, had become a mother 12 times by the age of 50! She was married, but the marriage could not be saved, and Raunig raised her children as a single mother for the majority of her life. She made her first appearance in the German press in 2005, becoming the country’s oldest mother. Annegret used artificial insemination to become a mother for the 13th time. The woman was 55 years old at the time. 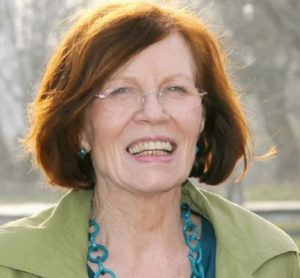 Raunig’s pregnancy sparked heated debate, with many believing she acted selfishly and irresponsibly. Annegret, on the other hand, ignored the criticism. She enjoyed going to TV shows and giving interviews about her life.

Annegret surprised the country once more when Lela turned nine. The woman decided it was time to rediscover the joys of motherhood. Lelia also requested that her mother give her a brother or sister… Raunig, however, had already entered menopause and was unable to give birth naturally at the time.
Because ovule donation is illegal in Germany, Annegret traveled to Kiev and underwent IVF at one of the clinics. 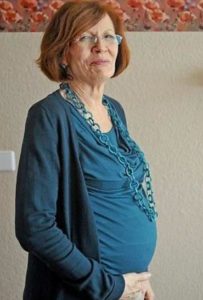 Fortunately, everything went smoothly, and Annegret gave birth to quadruplets on May 19, 2015: sons Dris, Bence, Fionne, and daughter Nita. As a result of the cesarean section, the children were born 15 weeks early. They all weighed less than a kilogram, ranging from 655 to 980 grams, and had to spend several months in the clinic. Raunig set not only a national but also a world record this time, becoming the oldest mother of quadruplets in history.