Babies are capable of the most bizarre stares and innocent looks. If you try to introduce something new to them, they will quickly become confused. Nonetheless, their innocence is too much for them to bear. 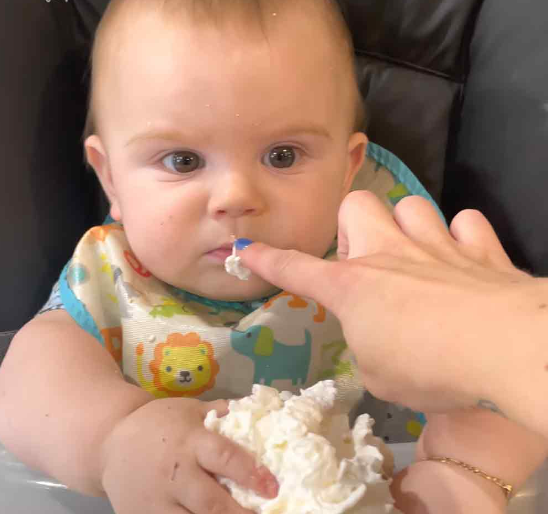 A baby’s parents in the United States recently decided to experiment with their toddler. They had previously witnessed the birthday celebration of another infant, whose parents had given the baby some whipped cream. Their goal was to see how the baby reacted.

This inspired the parents of 8-month-old Vincenzo to experiment with their child. They sat their infant in a high chair near the dining table and served whipped cream to the baby. 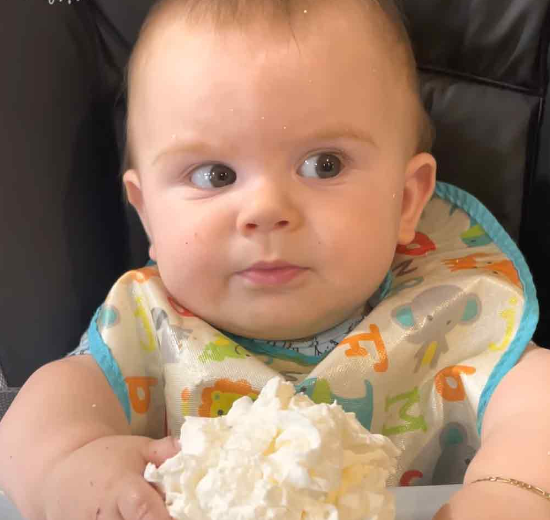 His parents laughed at his innocent yet perplexed expression. The mother then poured more whipped cream in front of the baby. The child kept staring at the can where the cream was coming out while doing so.

“What is this thing in front of me?” the infant’s expression seemed to say. The giggling mother also attempted to get her toddler to try some whipped cream. But, unfortunately, Vincenzo was not in the mood to try something he had just seen for the first time.

Vincenzo finally smiled when he saw his mother enjoying every moment of the situation. After a while, he decided to look in a different direction and distract himself with something other than the whipped cream in front of him.