The person who shot this photo, Joe O’Donnell, assumed the young child was dozing off. But he was heartbroken by what he then learned.

Joe O’Donnell, the photographer in Nagasaki for this image, was sent by the American military to document the destruction inflicted on Japan as a result of fire bomb and atomic bomb air strikes. He began his tour across Western Japan in September 1945, documenting the devastation and drawing attention to the suffering of bomb victims, including the dead, injured, homeless, and orphaned. His negatives and his emotions were both etched with images of human suffering.

The young boy is seen in the image standing strong after finishing his task of bringing his deceased brother to the crematory. Standing at attention, there was a clear military presence. It breaks my heart to see the young child trying so hard to be courageous while carrying his younger sister on his back. He is a representation of a vanquished nation’s morale. 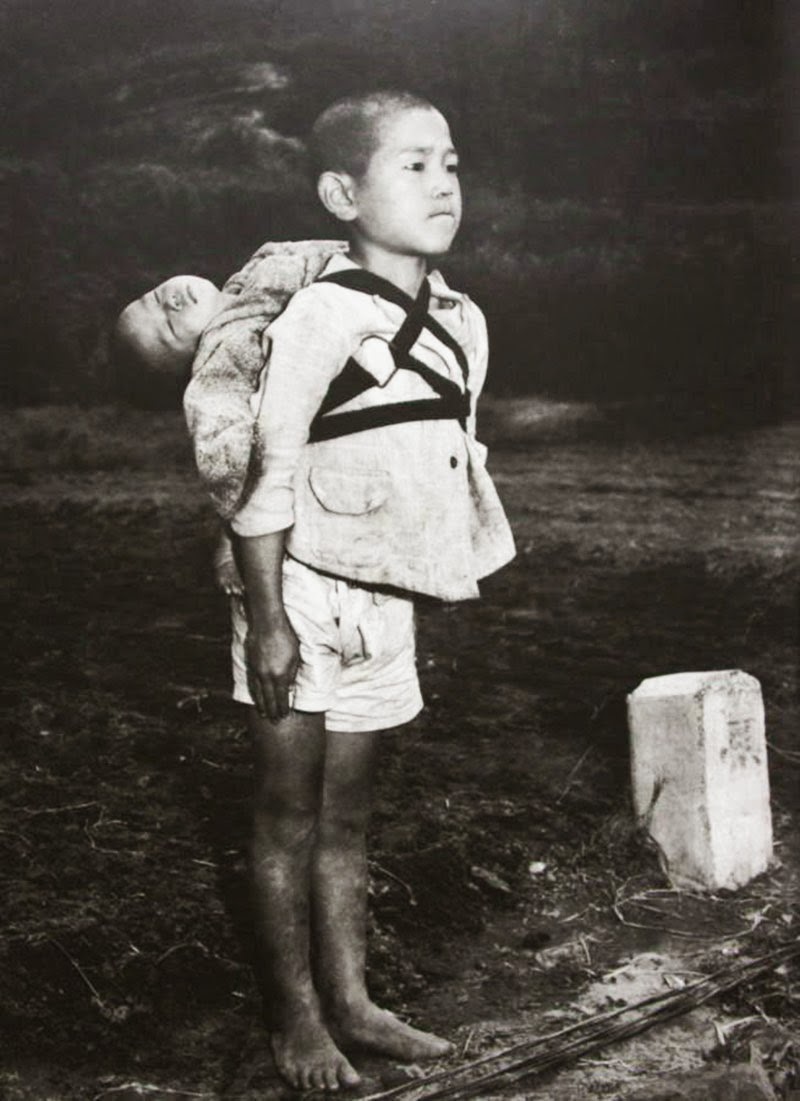 I saw a ten-year-old child passing past. He was carrying a baby on his back. At the time, we saw kids in Japan carrying their younger siblings on their backs, but one guy stuck out. He had obviously come here for a very important cause, as I could tell. He didn’t have any shoes on. He was looking at you sternly. The infant’s head was cocked back, as if he were dozing off. The youngster remained still for possibly five to ten minutes.

The men wearing white masks approached him and calmly started cutting the rope holding the infant. I just then realized the infant had passed away. The victim was torched when the men took hold of its wrists and feet. The youngster remained still and fixed his gaze on the fire. His lower lip was bleeding from how tightly he was biting it. As the sun sank, the flame burned dimly. The young man turned back and sluggishly walked away.